ADHD specialist with offices in Connecticut and Florida 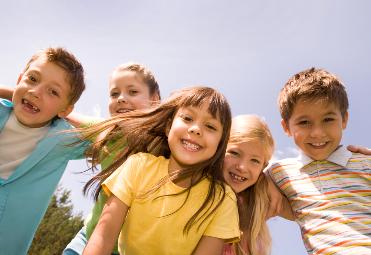 Attention deficit hyperactivity disorder (ADHD) is a developmental disorder that affects the behavior, attention, and learning of children. If it is unrecognized, these children can face excessive criticism, failure, and disappointment, while their parents struggle with what to do.

ADHD youngsters are easily distracted and have trouble concentrating. They may be impulsive and seem to act without thinking, touching objects that are off limits or running into the street to chase a ball with-out apparent regard for their own safety. In calm moments, they might know better. They may not cope well with frustration and can have dramatic mood swings. At school they may be fidgety and brimming with energy, finding it difficult to sit still, jumping out of their seat constantly, as if unable to control their perpetual motion. Children with ADHD often have difficulty with sequencing and organizational skills. Others who can-not concentrate may sit quietly, daydreaming and appearing "spaced out." Because of their behavior they may be rejected by other children and disliked by teachers; in the process, their report cards may be dis-appointing and their self-esteem may suffer, despite the fact that they are often as bright as their peers.

Over the years a variety of labels—Minimal brain dysfunction, hyperkinetic/impulsive disorder, hypekinesis, hyperactivity, and attention deficit disorder with or with-out hyperactivity—have been used to de-scribe children with some or all of these behavioral problems. Now, most experts are using the term attention deficit hyperactivity disorder as a diagnosis for children whose behavior tends to be characteristically impulsive, inattentive, or a combination of both. Since all children have these traits some of the time, the diagnosis usu-ally requires that the symptoms be present for at least six months by age seven, be evident in various situations, and be more in-tense than usually seen in other children of the same age and gender.

More than 6 percent of school-age children have ADHD. Boys outnumber girls. Re-searchers are examining multiple causes of ADHD, including heredity, brain chemistry, and social factors. Some re-searchers believe that children with ADHD have abnormally low levels and imbalances of certain neurotransmitters, the chemicals that convey messages between brain cells. Recent ADHD studies suggest that various parts of the brain may be functioning differently than in the majority of children.

Many ADHD children also have reading disabilities and other specific learning problems, which further interfere with their success at school. (Most children who have specific learning problems do not have ADHD.) Children with difficulties with language and memory have problems with schoolwork that are compounded when ADHD characteristics like distractibility and impulsiveness are present. A child with ADHD can affect his family in many ways. Normal family routines may be hard to maintain because the child's behavior has been so disorganized and unpredictable, often for a number of years. Parents may not be able to comfortably plan outings or other family events, not knowing what their child's behavior or activity level is likely to be. Children with ADHD frequently become "overexcited" and out of control in stimulating environments. They may also exhibit angry and resistant behavior toward their parents or have low self-esteem. This may be the result of the child's exasperation at failing to meet their parents' expectations or to manage day-to-day tasks due to ADHD symptoms.

School performance also suffers, and teachers complain to parents, who also must struggle with their child's difficulties with peers—conflicts, inappropriate behavior, and having few friends. The condition may produce enormous stress for families, who often search for physicians and ADHD specialists to provide the care they need.

Unfortunately, there are no specific medical or blood tests that can make the diagnosis of ADHD or ASDs. Instead, the diagnosis is made by a complete evaluation of a child's health, combining information obtained from a history and a physical examination, the observations of parents and others, and previous psychological testing, if avail-able. Often there is the need for further educational, psychological, and neurological tests and in-depth discussions with you and your child but also with your child's teacher. It is important to determine how your child does at play, while doing homework, and while interacting with both you and with other children and adults.

During these evaluations we will rule out other conditions whose symptoms can sometimes mimic ADHD. Poor concentration, poor self-control, and over activity can be signs of many other conditions, including depression, anxiety, child abuse, neglect, family stress, allergies, hearing and vision problems, seizures, or responses to medication.

In many cases, there is a strong family history of difficulty with attention, impulsivity, concentration, or learning difficulties. Often the child's mother, father, or another close relative has a history of similar struggles when they were young. Gathering this information is helpful in the evaluation process.

To complicate things further, the symptoms that characterize ADHD—inattention, hyperactivity, and impulsivity—occur in most children from time to time. Deciding whether a child’s behavior signals the presence of ADHD is therefore a complex process that involves comparing a child’s behaviors and abilities to function with those of other children his age.

A diagnosis based on these types of evaluation procedures can become even more challenging when, as is often the case, other problems exist such as vision or hearing deficiencies, emotional disorders, or learning disabilities. In some cases an evaluation may require a team of professionals with different specialties because some of the accompanying problems are more medical in nature, some are more psychological, and others are related to learning and language processes.

Fortunately, many professional organizations, including the American Academy of Pediatrics (AAP), have developed guidelines in recent years that standardize the evaluation process for ADHD. As a result, diagnosis of the condition has become more consistent. You will learn how a child is evaluated for ADHD, from the first recognition that “something may be wrong” through a methodical assessment of all of the specific problems that need addressing.